The Nationwide Festival of Light was founded in 1970 by Peter and Jane Hill, evangelical Christian missionaries, who had returned to the UK from India. Similarly to the NVALA, the organisation called for an end to what they called the "moral pollution" of modern life, particularly through film and broadcast media. In 1971, a protest march was organised by the FOL, culminating in a rally in Trafalgar Square. Counter-protests took place, both at the rally and at the meeting beforehand to announce it, protesting against the organisation's stance on marriage and homosexuality. 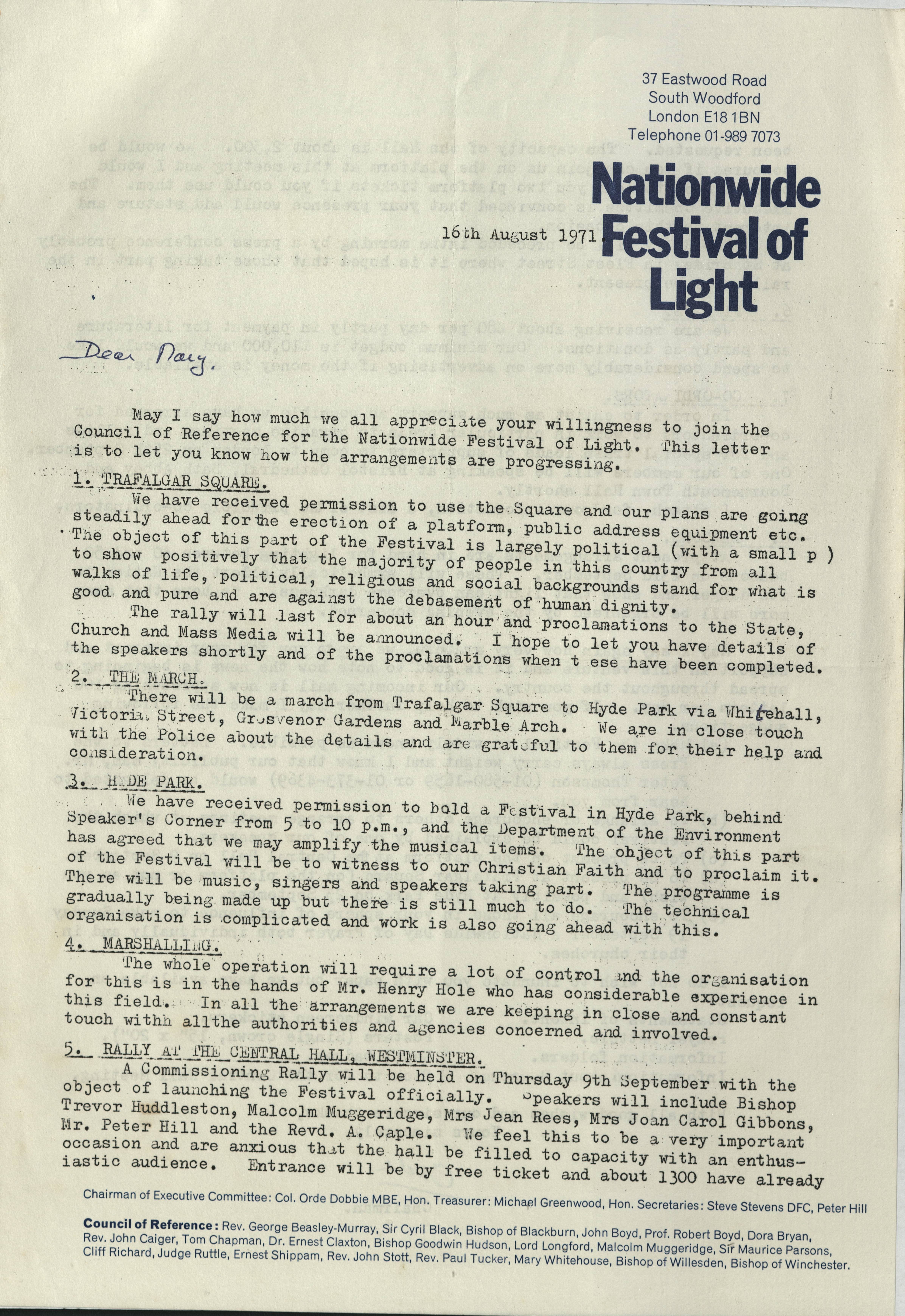 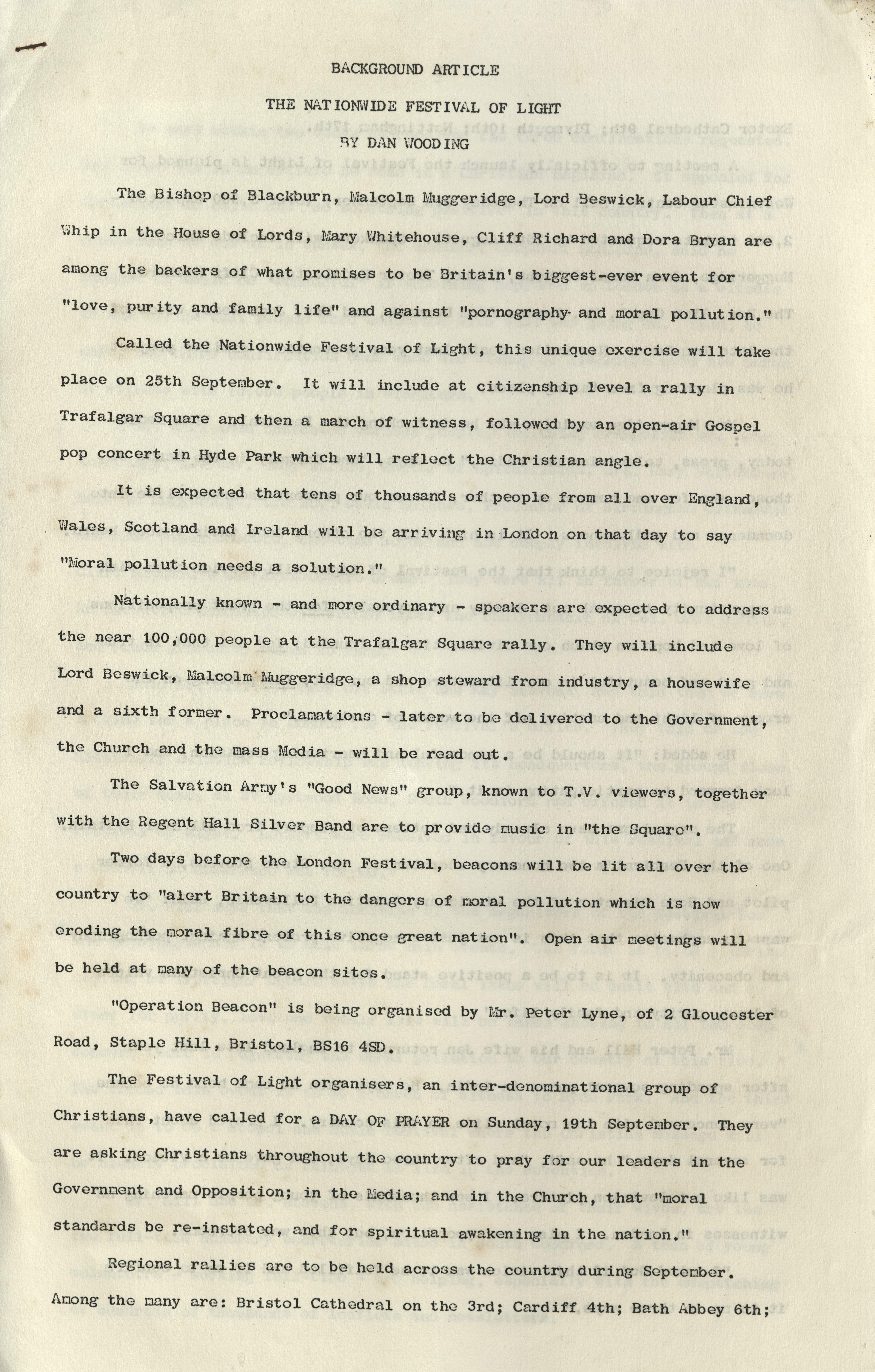 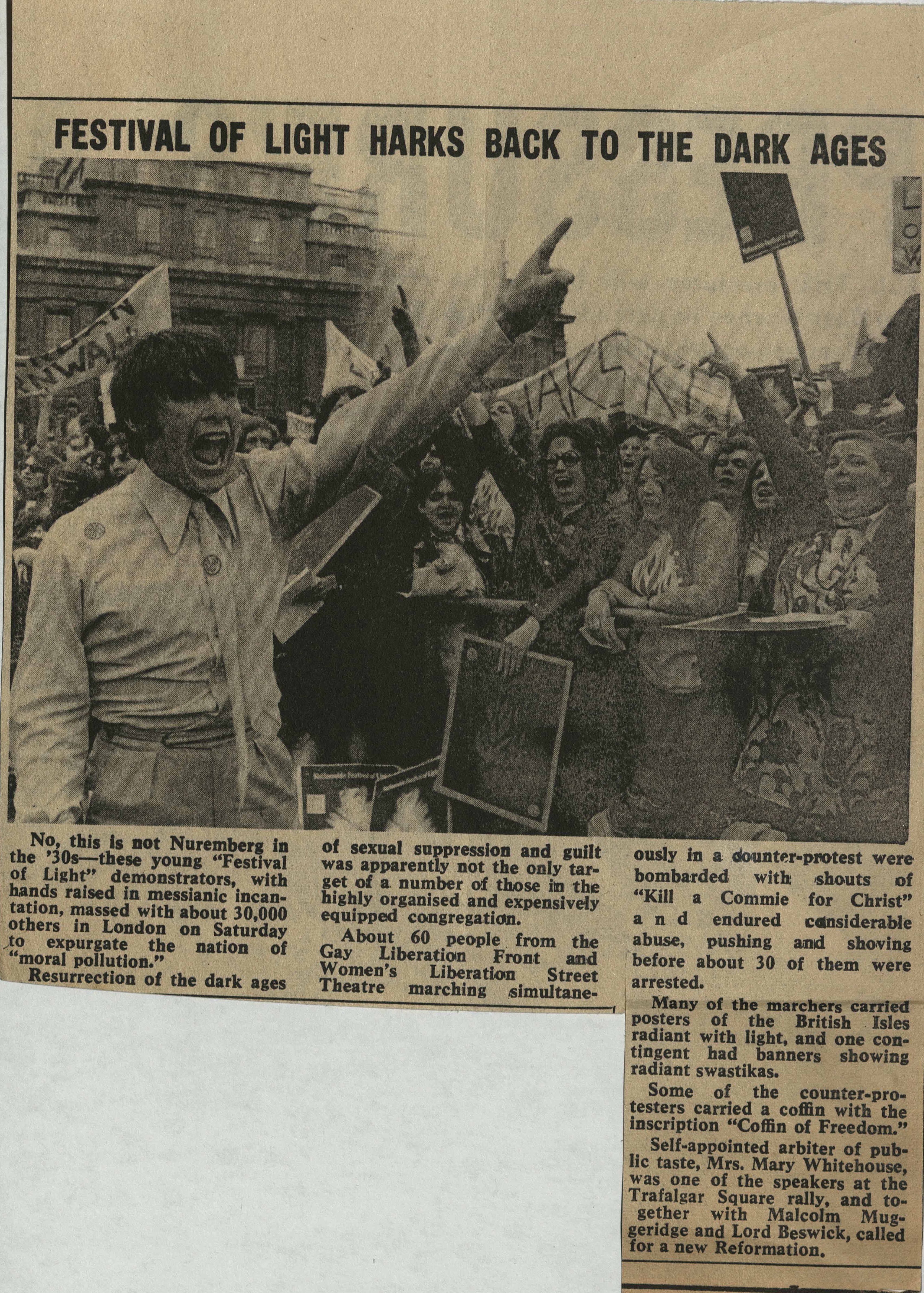 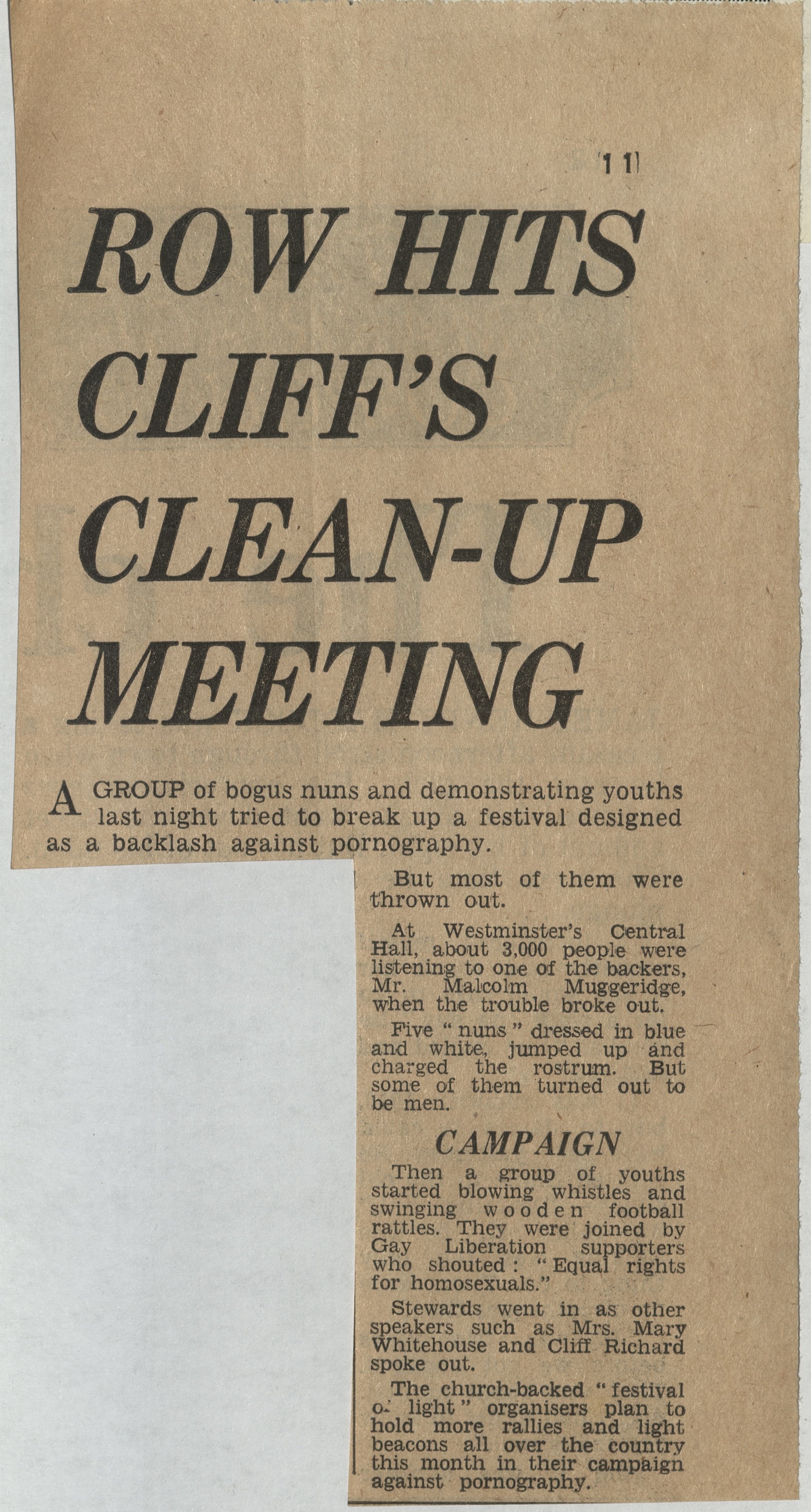 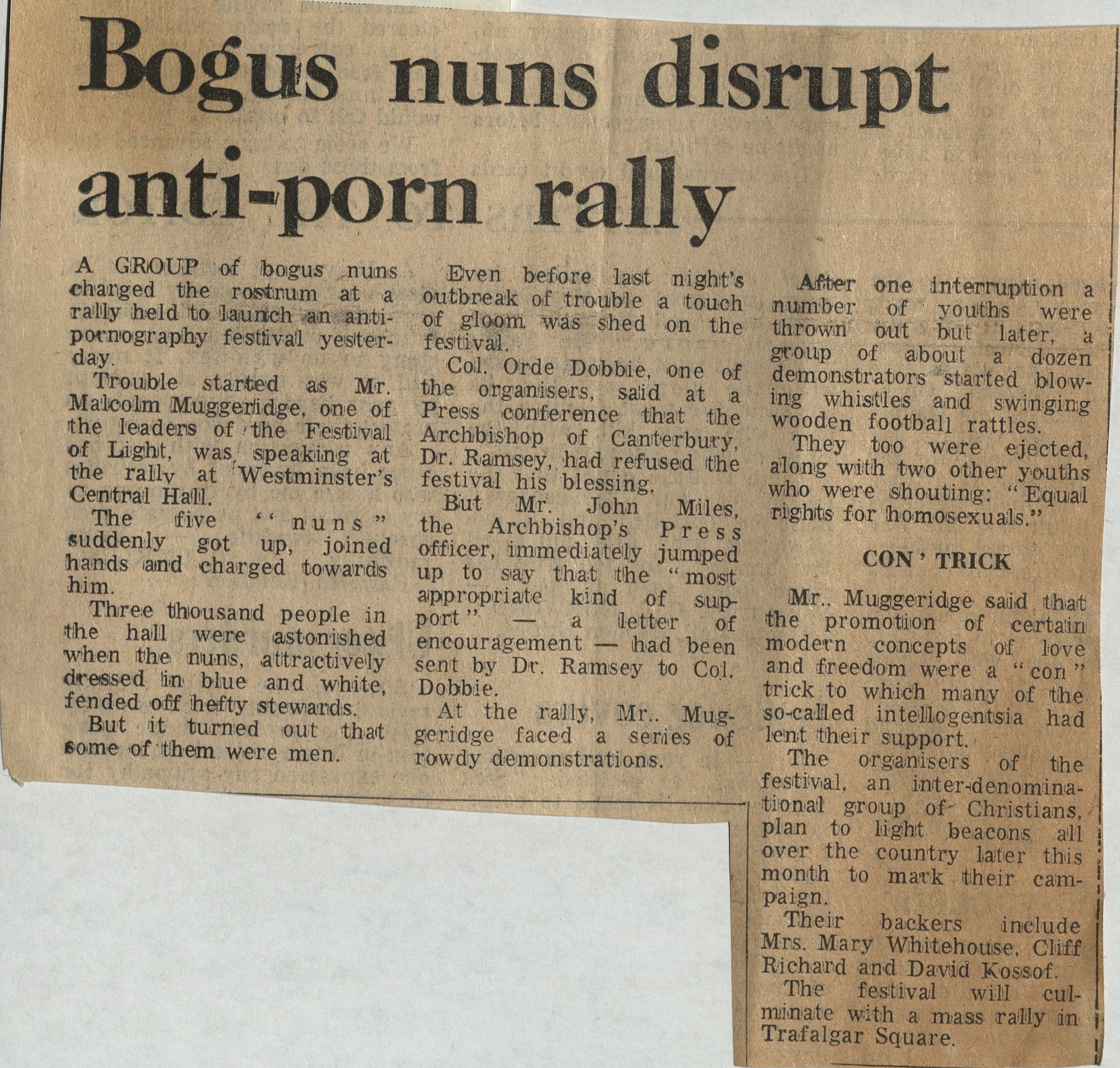 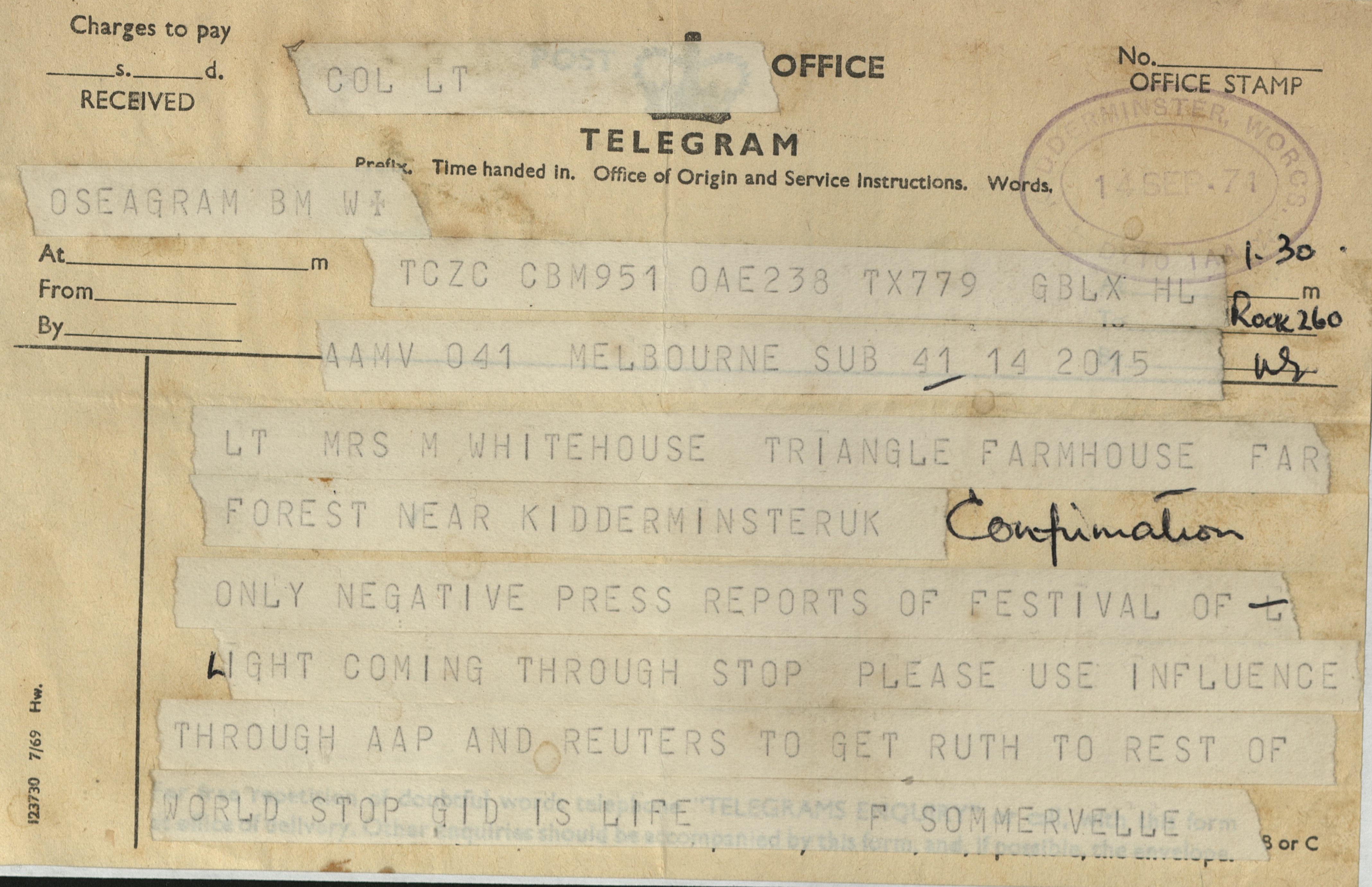