The NVALA conducted numerous campaigns against numerous kinds of obscenity - from the availability of pornographic magazine in stores, sex shops, and x-rated movies. The Archive contains letters written from Whitehouse to MPs over, what she saw, as the rise in obscenity, newspaper articles which report on her campaigns, alongside numerous letters and reports from NVALA members who wrote in to give examples of what they saw, such as the letter (below) from a concerned citizen who documented all the pornographic magazines he purchased at a W.H. Smith in Worthing. 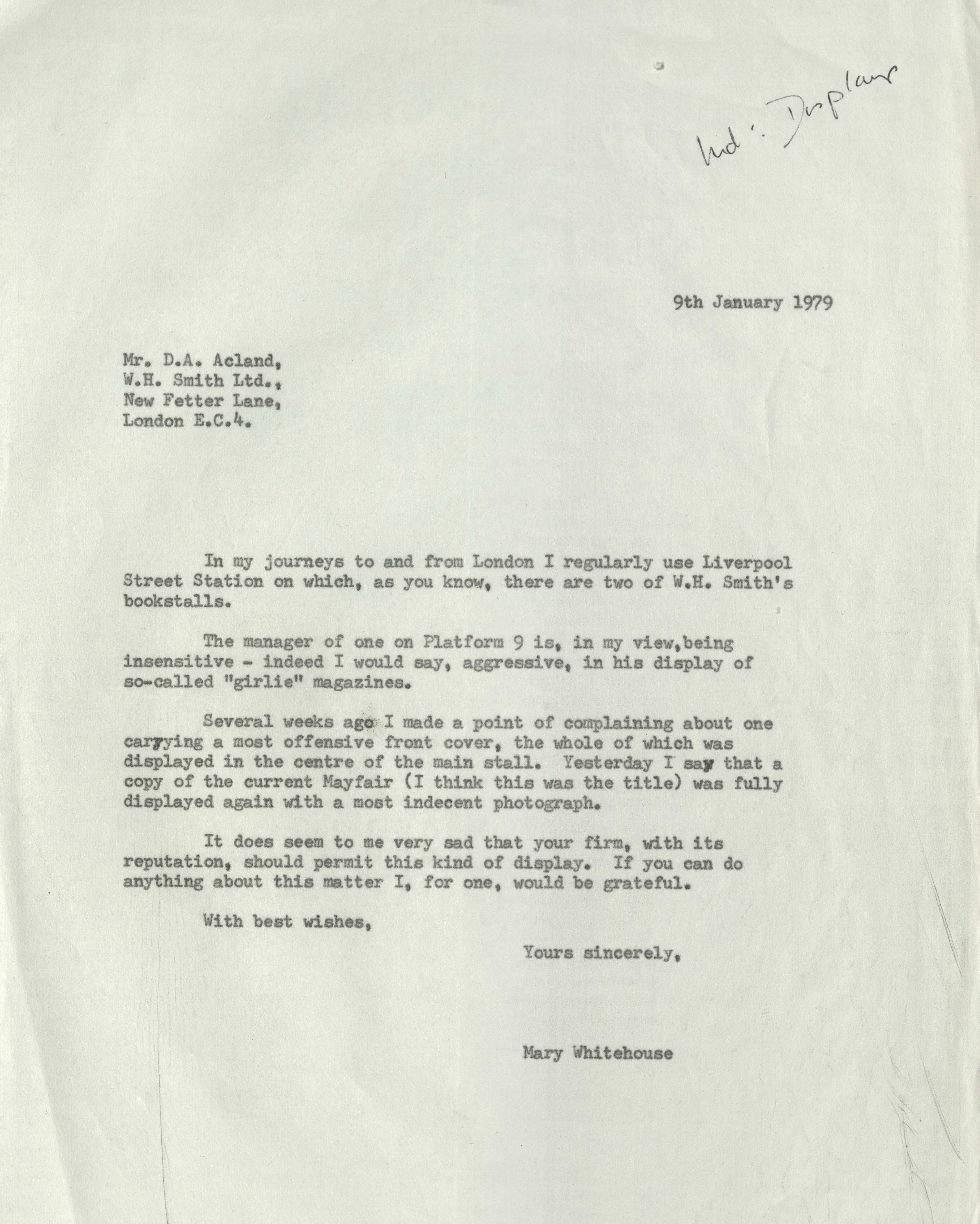 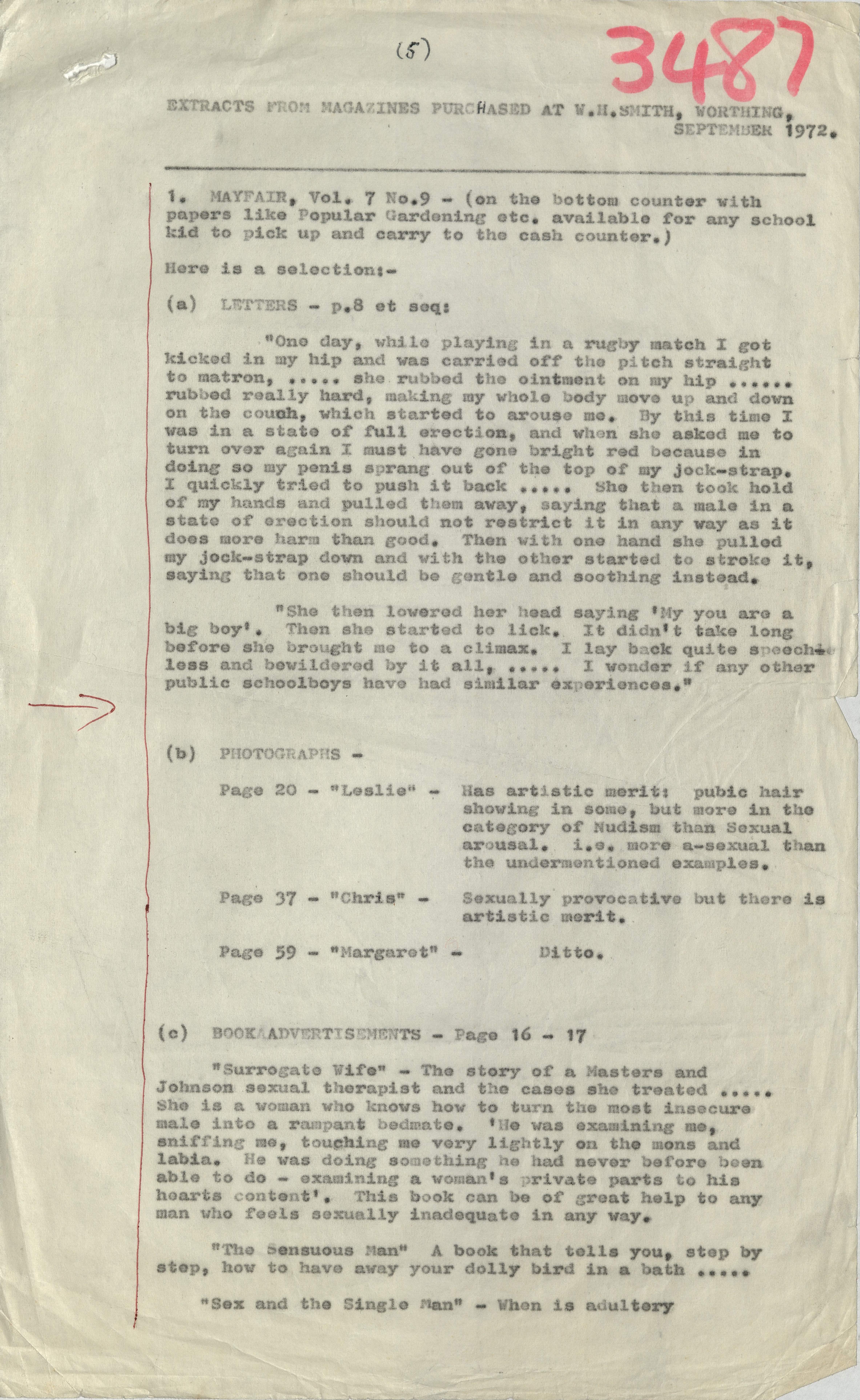 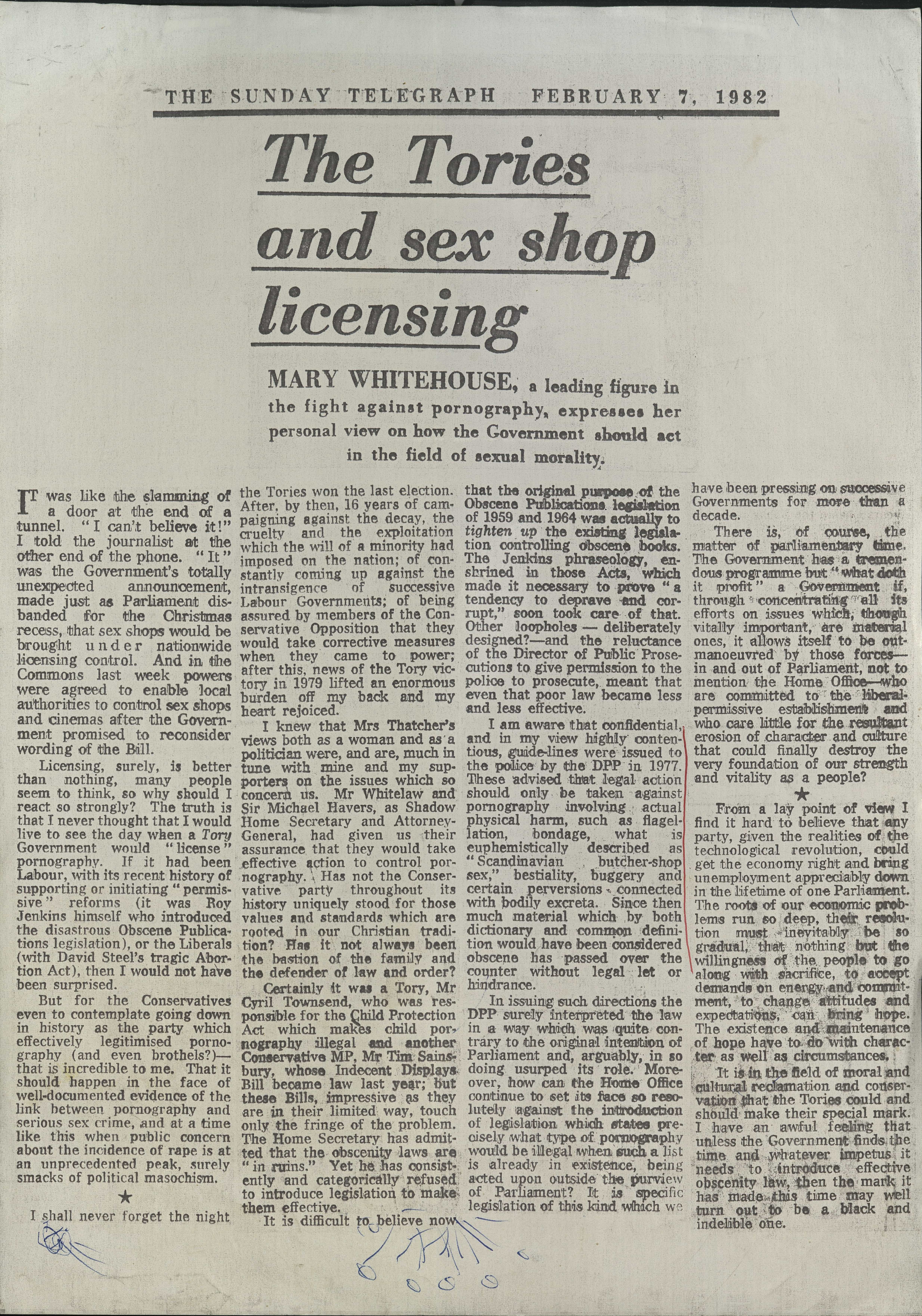