In 1977, Whitehouse started a private prosecution against Dennis Lemon, the editor of Gay News, over the publication of James Kirkup's poem 'The Love that Dares Speak its Name,' which recounts a Roman Centurions love of Jesus and having sex with him after his crucifixion. Whitehouse's private prosecution cited 'blasphemous libel of the Christian religion.' The jury found Gay News and Lemon guilty and they were both fined, in addition, Lemon was sentenced to nine months suspended jail time. Gay News appealed and Lemon's prison sentence was quashed. Gay News received a great deal of support during the trial and their 'fighting fund' received over £20,000 in donations, including £500 from Monty Python. 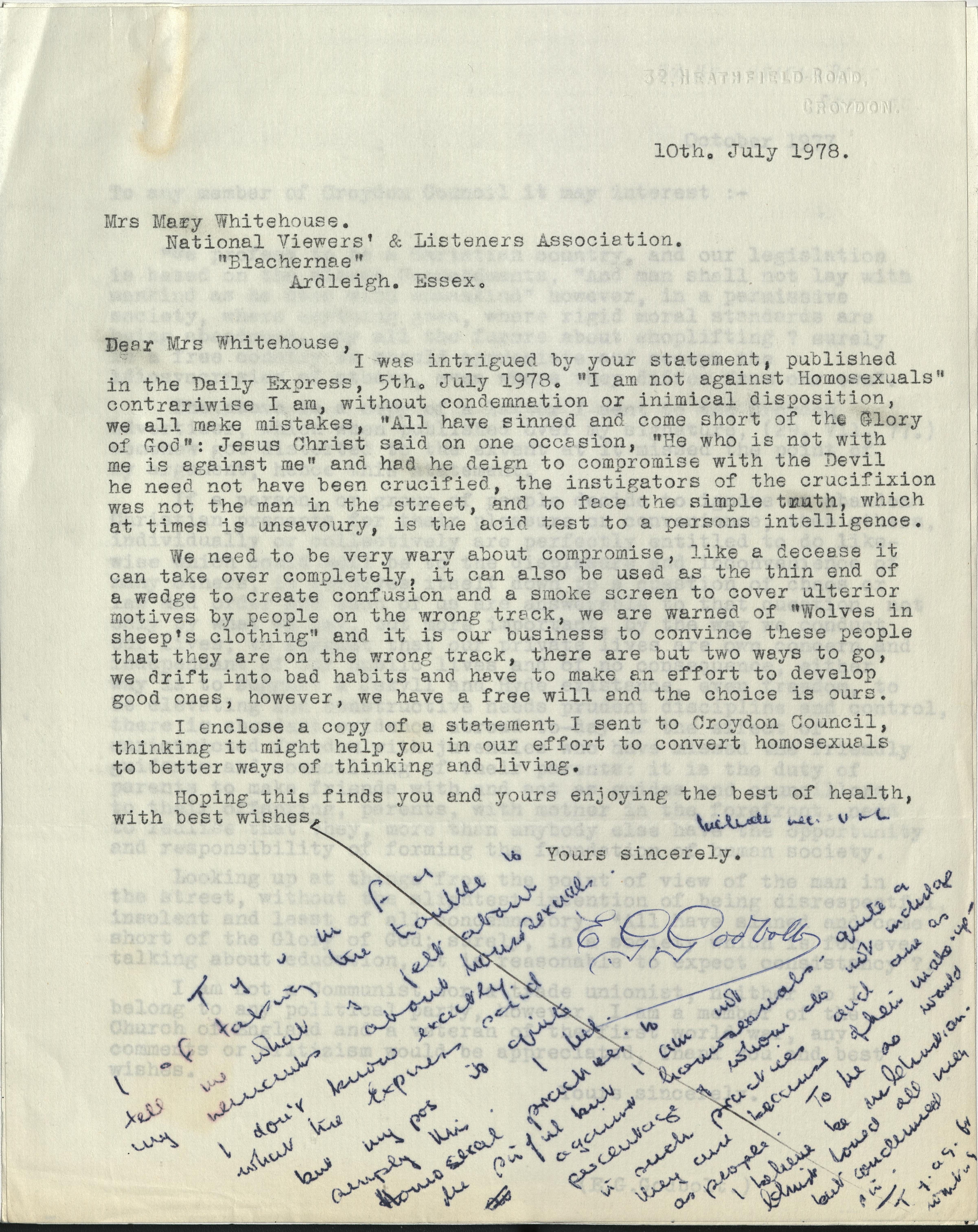