On 5th May 1964, a meeting took place at the Birmingham Town Hall to establish the "Women of Britain clean up T.V. campaign" that would eventually grow into the National Viewers' and Listeners' Association. The campaign was organised by Nora Buckland and Mary Whitehouse, in order to protest at, what they claimed, was a dangerous lack of standards in broadcasting.  A petition form was circulated by the campaigners with the aim of gathering signatures and support. The 'manifesto' of the campaign is printed at the top, together with  a quotation from a plaque that was put up to mark the opening of Broadcasting House, home of the BBC (British Broadcasting Corporation). The inscription and the manifesto both make reference to religion with the campaigners declaring that they believe in a 'Christian way of life' and criticising the BBC for employing staff whose 'ideas and advice pander to the lowest in human nature" leading the corporation to broadcast a stream of suggestive and erotic plays.' 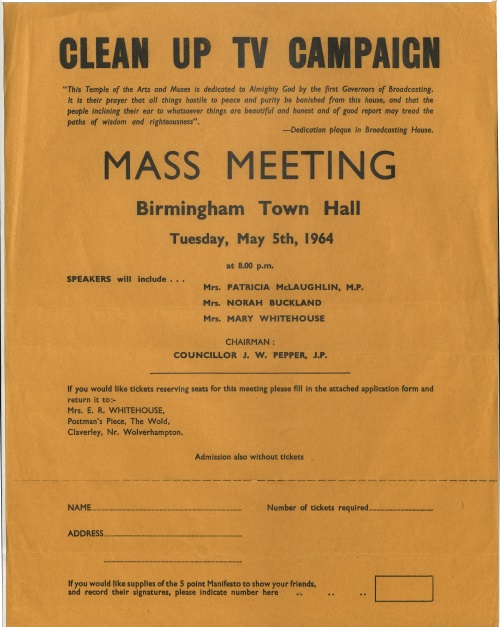 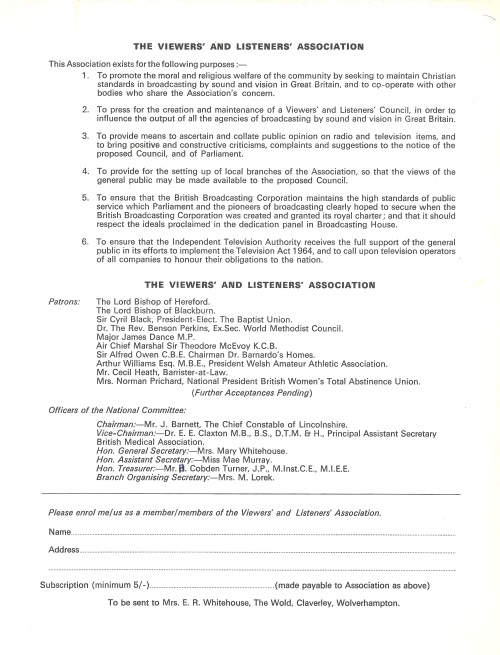 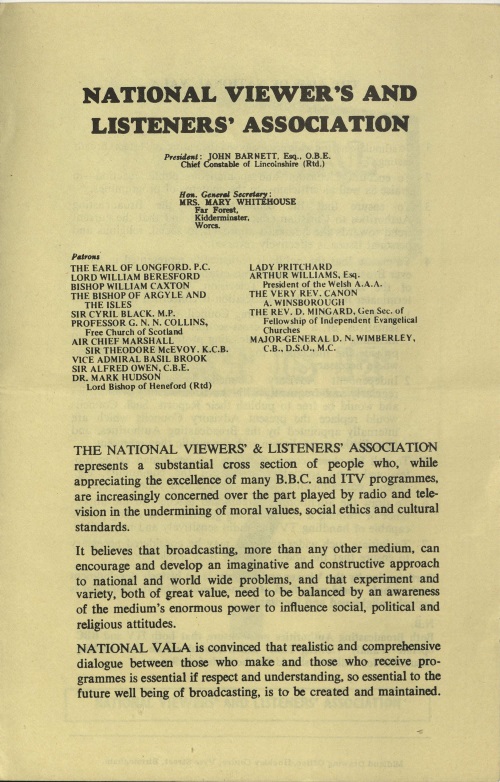 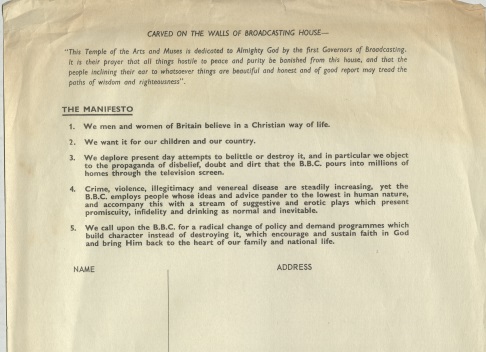 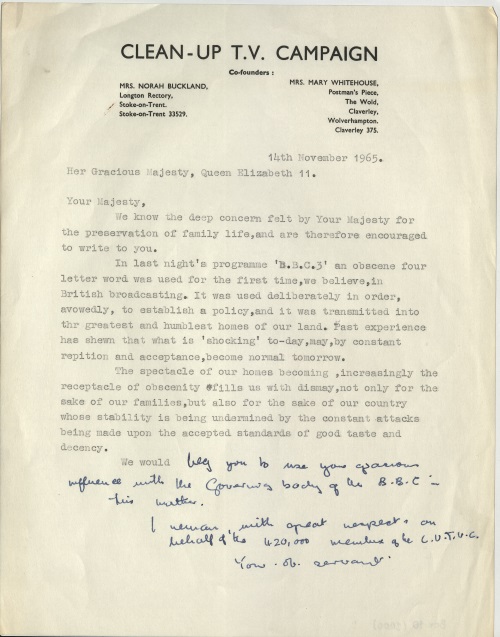