Battle with the BBC

in the 1960s, Britain had three TV channels; BBC 1 and 2, and ITV. The BBC, funded partly by payment of the television licence fee, was termed a public service broadcaster, and it was felt by the members and correspondents of the NVALA that this not only meant that the BBC had a special responsibility to produce what they saw as appropriate and high-quality programming, but also that their position as licence fee payers entitled them to demand changes to broadcasting as, in a way, they had paid for the programmes. The dissatisfaction of the members of the NVALA with BBC output was the cause of frequent complaints, either by telephone or mail.

In the gallery below is a selection of letters, which are typical of the complaints from the NVALA and increasingly exasperated responses from the BBC. In the final letter, the Prime Minister's office replies to Whitehouse to tell her that the Government 'cannot intervene' in matters concerning the BBC's programming. 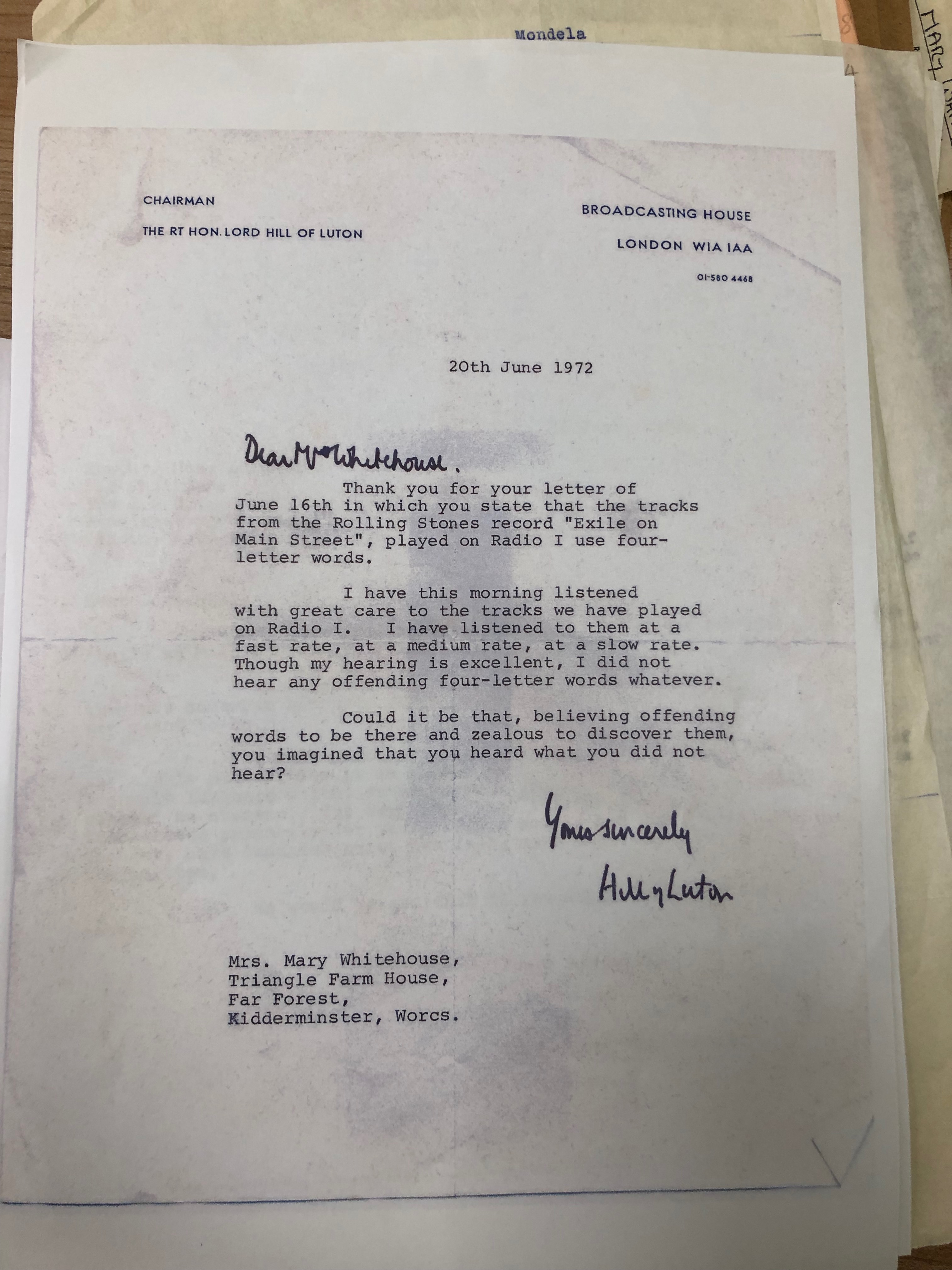 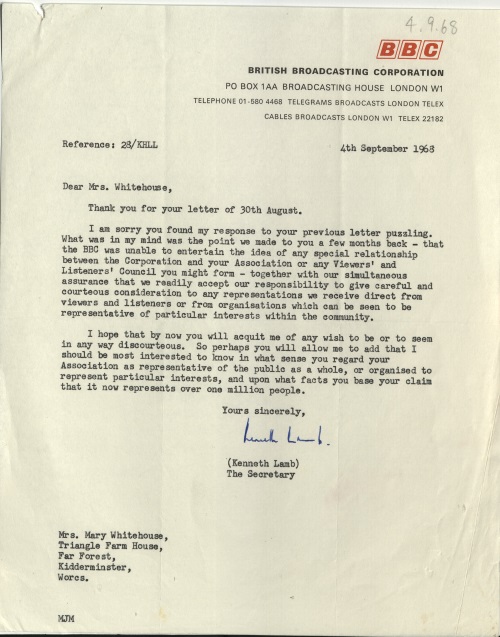 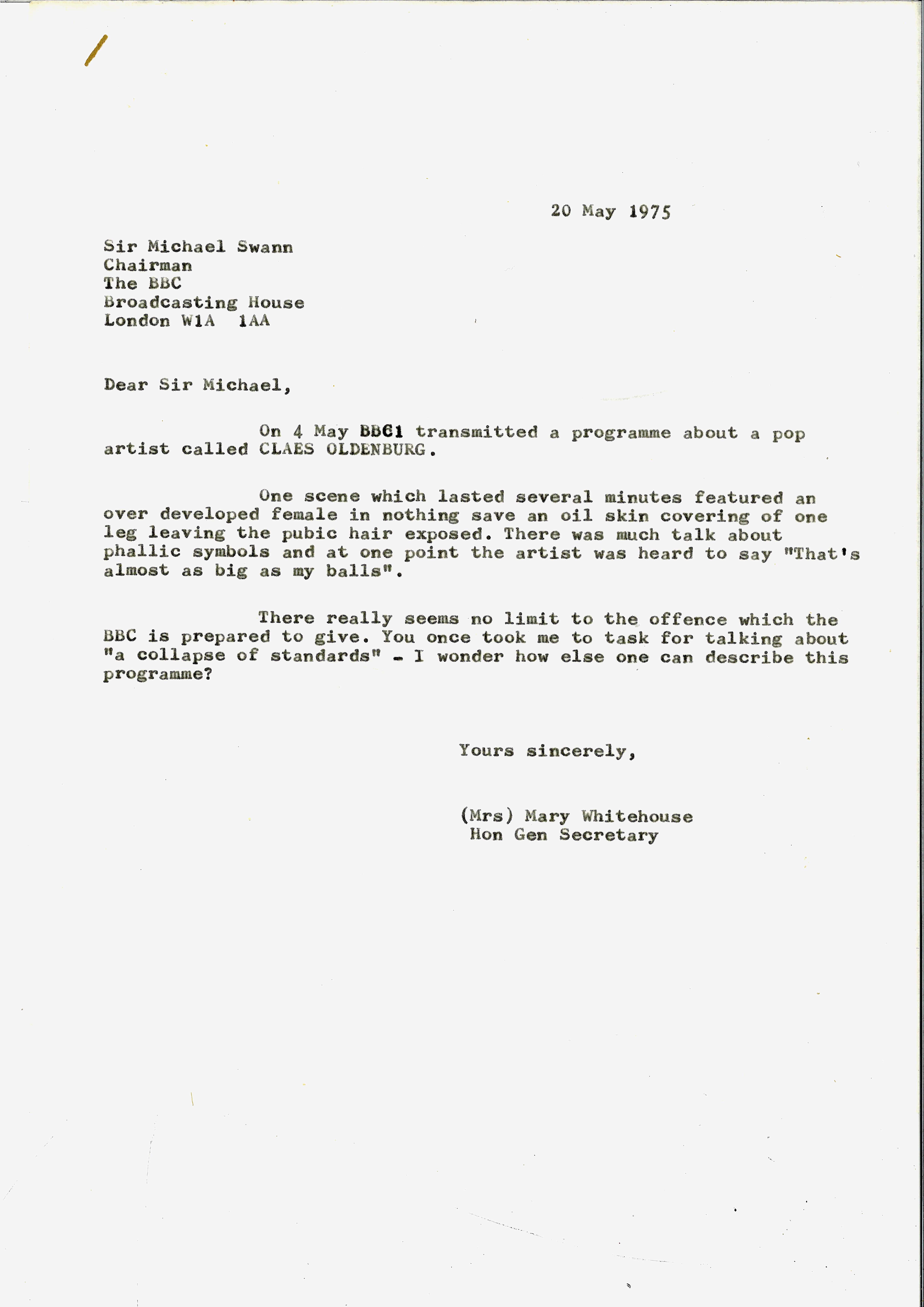 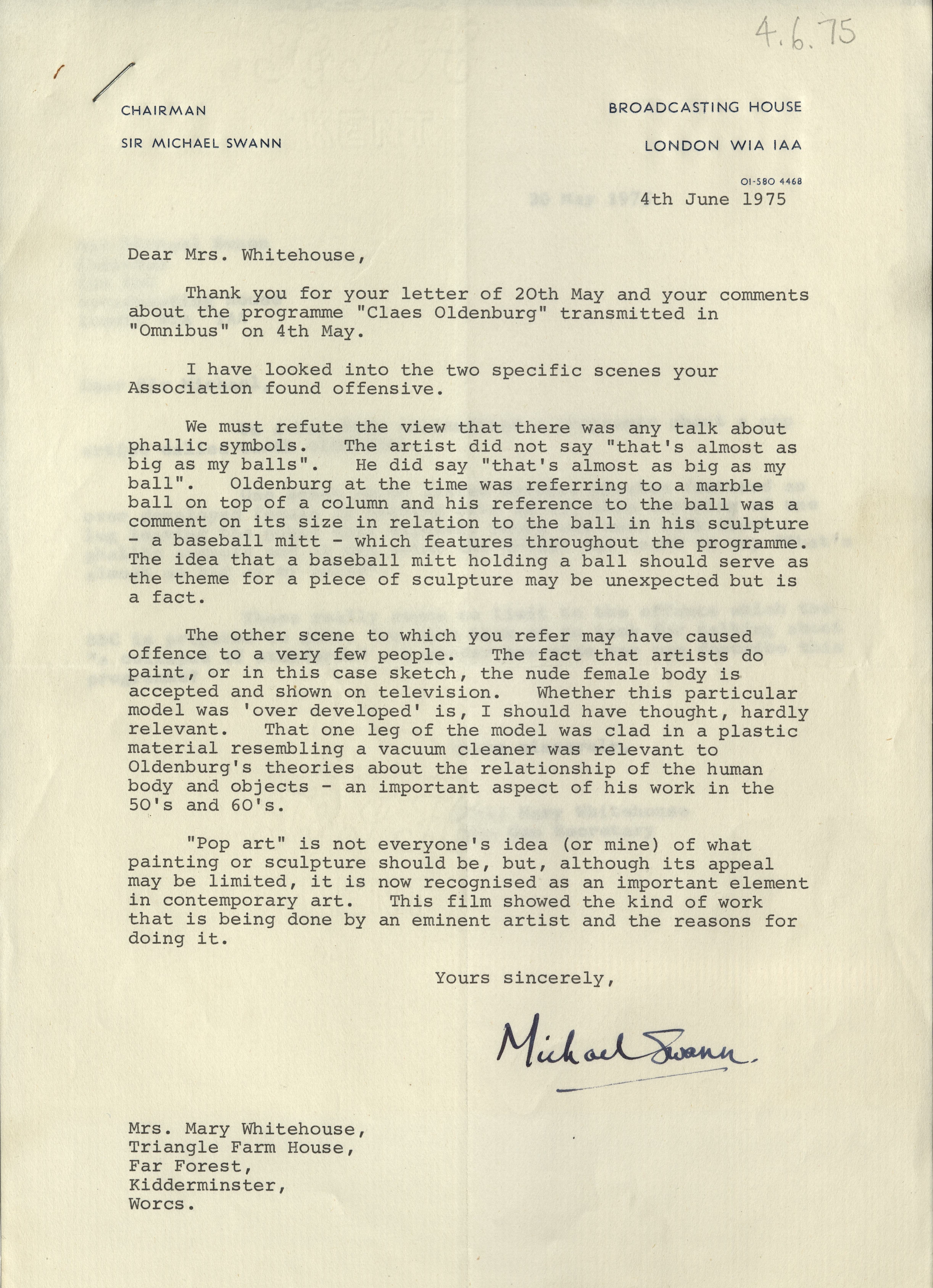 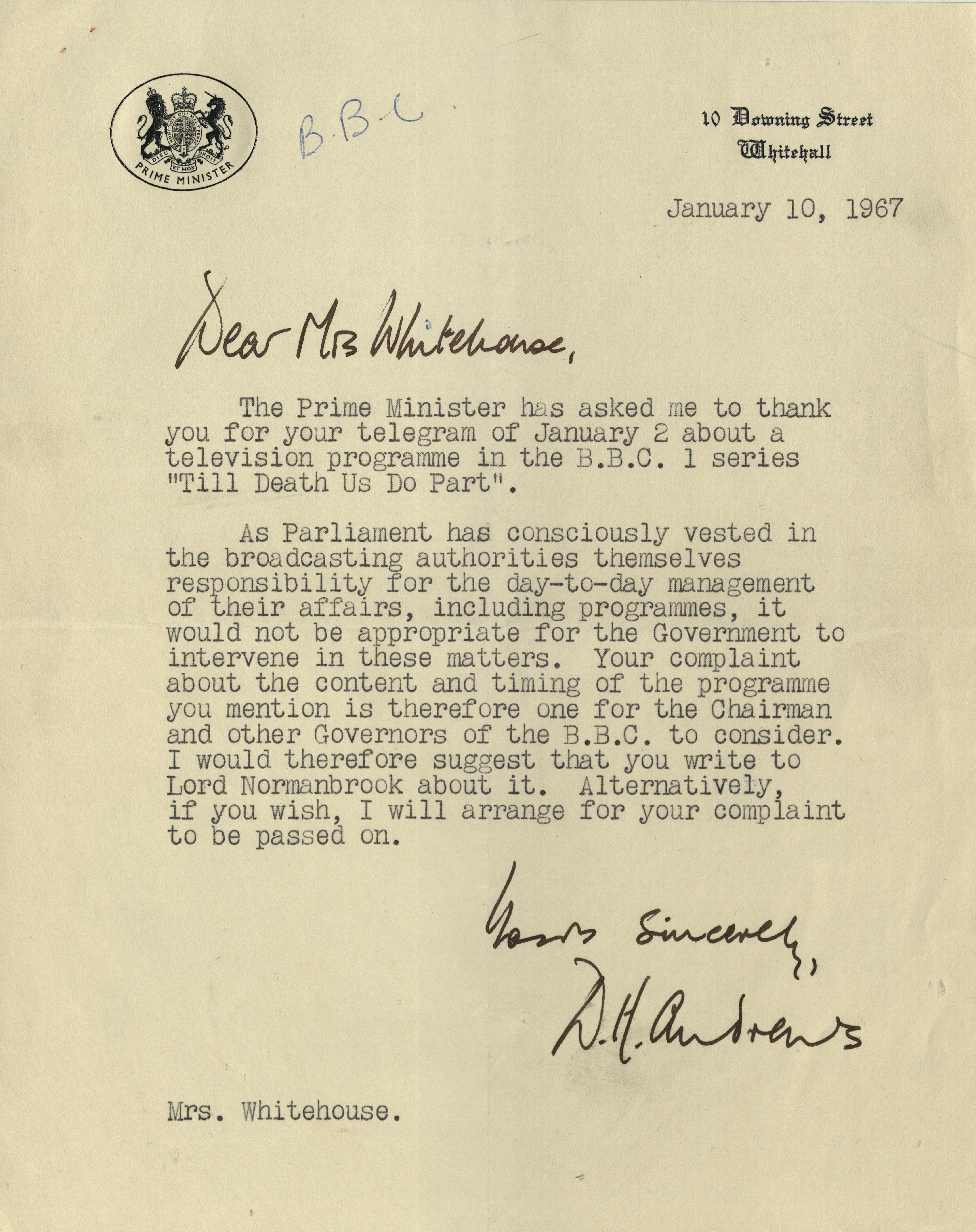